Mapping out historical perspectives on public participation and science 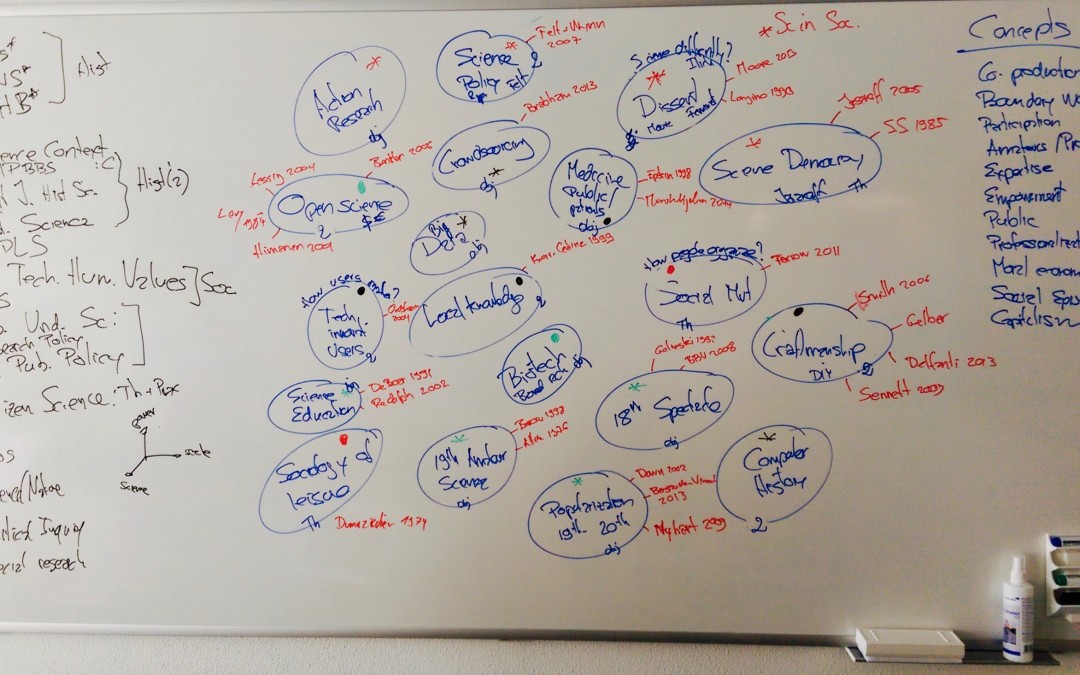 How can historians and social scientists make sense of a phenomenon that is mostly described having no past and as just emerging? Shouldn’t the Citizen Sciences, DIYbio and the Maker-Scene be simply left those doing and living it – to all the geeks, nerds, and active citizens out there claiming their right to participate in the production of scientific knowledge? Is it already useful or possible to reflect on their quest to redefine the boundaries between experts and amateurs? Can we connect these movement to the broader issues of professionalization and participation, which are not restricted to the popular figure of the amateur field naturalist? And if so: What would it mean to rethink science and public participation for, both, us as academics reflecting on this transformation in the this history of science, as well as for those citizens striving for participation?

A first step to approach this complex questions is to identify the scholarly fields in which public participation in science (broadly construed) has been addressed within the last decades. Interesting are in particular their (historically contingent) motives and their foci / topics. Therefore, during the first week of our team work, we charted the wide plains of activities and literature reflecting on public participation in science on different levels.

During the mapping process, we identified the following areas of research and (political) engagement in which public participation in science played (or still plays) a role:

We are currently exploring these fields (and more) during our reading seminars. We will also create a literature-database and bibliographies, as part of our exploration, which will be made public.

In addition we defined a preliminary bibliography of twelve monographs and edited volumes which, in our opinion, constitute essential readings for anyone interested in understanding the the transformations of public participation in science:

What would your list look like? Can you suggest other essential readings on this theme? Let’s make a participatory bibliography!
DM