Towards a Genealogy of the Crowd in Crowdsourcing (1/Introduction) 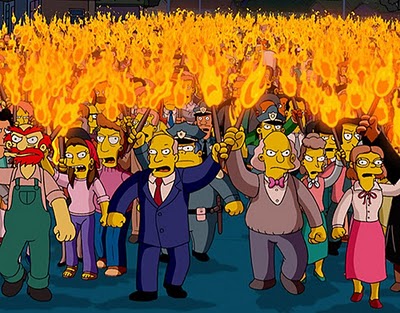 Surfing through the wealth of websites offering opportunities to contribute to scientific research (the so-called “citizen science”), whether by lending computer processor time for distributed computing projects or by requesting an actual human contribution, such as classifying galaxies, one cannot but marvel at the diversity of the vocabulary used to refer to users. They can be contributors, citizens, participants, donors, members of the public, or part of the crowd. If most of these words are somewhat related to politics, none has more political undertones than the latter. When we speak of the crowd (rather than a crowd of xyz), we see more than a great number of people; we think of, say, violent revolutionary mobs, mass political meetings, or protestors going on strike. And it is as if the word tacitly implied some kind of condescending denigration — as if the crowd only existed in relation to an elite few. When we speak of the crowd, we often imagine the patricians sneering at the plebs.

Should it come as a surprise that the popularity of “the crowd” reached its highest level between the 1880s and the 1930s, at a time when answering the “social question” (what holds society together) appeared pressing in the West? Probably not. However, what is much more startling is the recent upsurge in the use of the word. If, as Kelty (2012) has pointed out, the people was the major political category of the 17th and early 18th centuries, if the public was that of the late 18th century, and so on, what does it mean that we’re seemingly reverting to the crowd as one of the main political topoi of our times?

For contemporary advocates of crowdsourcing (Howe, 2006), the crowds of our times stand in striking contrast to those of the old days. Today, we have wise crowds (Surowiecki, 2005) and smart mobs (Rheingold, 2002), instead of the dangerous, irrational, and violent crowds of the 19th and early 20th centuries. Or maybe, the crowd has not really changed; rather, it is our view of the crowd that has undergone a wide transformation. If most commentators of crowdsourcing offer ahistorical accounts of the power of crowds in a networked age, others, such as Surowiecki, have explicitly contrasted their work with those  of the crowd experts of the late 19th century, such as the French anthropologist Gustave Le Bon. At first sight, Le Bon looks like an easy target; according to Surowiecki:

Le Bon was appalled by the rise of democracy in the West in the nineteenth century, and dismayed by the idea that ordinary people had come to wield political and cultural power. But his disdain for groups went deeper than that. A crowd, Le Bon, argued, was more than just the sum of its members. Instead, it was a kind of independent organism. It had an identity and a will of its own, and it often acted in ways that no one within the crowd intended. When the crowd did act, Le Bon argued, it invariably acted foolishly. (p. xvi)

Le Bon’s book, Psychologie des foules (somewhat mistakenly translated as The Crowd. A Study of the Popular Mind) enjoyed widespread popularity in the years after its publication in 1895. According to Borch (2012), it may not have enjoyed a huge success in sociological academic circles, but it set up (or, according to Freud, summed up) a sociopolitical agenda which would endure for many decades.

To understand its resurgence at the beginning of the 21st century, we need to articulate a political genealogy of the crowd. I believe it would be too easy to frame the differences between the crowd of today and the crowd of yesterday simply in terms of technology – the crowd of the streets vs. the crowd in the cloud, the physical crowd vs. the immaterial crowd, the unmediated crowd vs. the digital crowd. While technology and technological mediation is clearly something to be taken into account, I believe we need to grapple with the political dimension of the renaissance of the crowd and of crowd theories.

Next blog post: Le Bon’s crowd & the birth of sociology. Following Surowiecki’s suggestion in The Wisdom of Crowds, I will go back to Le Bon’s controversial book in an effort to compare the crowd of the 1900s and the crowd of the 2010s.